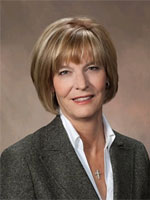 Courtney Read Hoffman grew up in the world of public affairs and Texas politics, where she developed a full portfolio of professional experience and political contacts. Associated with one of the Southwest’s oldest and best-known public relations and public affairs firms, she seized the opportunity in January, 2001, to work inside the Texas Capitol for the highly-regarded Lt. Governor Bill Ratliff. There she managed the complex appointment process interacting daily with House and Senate members and staff, as well as agency officials. In June, 2002, she opened her own lobby practice specializing in Texas governmental relations

Since that time, more than 20 corporate and non-profit entities across a variety of disciplines have benefited from Hoffman’s guidance and experience. Her diverse background supports an array of services including governmental monitoring and lobbying, procurement, coalition advocacy, and state agency relations. Areas of expertise include licensure, education, youth, healthcare and rural issues. Recent lobby efforts have taken Hoffman into the realms of insurance, medical transportation, communications, corrections, energy, and natural resources.

Hoffman offers valuable experience in strategic planning and execution, developing messages that resonate with Texas governmental officials and agencies to achieve desired results. She is adept at shepherding bills through the intricate legislative process and navigating the regulatory world, affecting rule changes.

Through the creation of statewide coalitions, Hoffman has directed successful grassroots efforts to secure funding and enact legislation. She conducts client workshops and seminars to educate board members and staff on related topics, such as advocacy, the legislative process and the media. Keeping clients informed on issues of importance and visible to governmental officials and entities, Hoffman has an impressive track record as a beneficial resource to corporations and organizations interested in legislative initiatives or establishing a governmental statewide presence.

Out-of–state clients and those desiring hands-on participation appreciate Hoffman’s vast network of connections and willingness to devote time to meetings and introductions at the Capitol and across the state. Building strong relationships with legislators, staff and agency personnel opens doors for company executives and those new to the legislative process.

Born in Ft. Worth, Texas, Hoffman moved to Austin with her family in 1966, which was active in the administration of the late Governor John Connally. She graduated from Stephen F. Austin High School and received a Bachelor of Arts degree in English from the University of Texas at Austin. She and her husband, Austin businessman Clark Hoffman, have three children: Faye, 32, Katherine, 29, and Read, 24.

Hoffman works both independently and as a member of legislative teams.

Find your elected officals and information about current legislation using these Public Policy Tools and Searchs.